The Somerset Light Infantry (Prince Albert’s) was a light infantry regiment of the British Army, which served under various titles from 1685 to 1959. In the 19th century, the regiment was deployed to many different parts of Asia and Africa to protect British imperial interests. They also participated in the Crimean War against Russia.

On this page, we will focus on the Somerset Light Infantry during the second half of the 19th century, from the Crimean War of 1853-1856, the Indian Mutiny of 1857 and the Third Anglo-Burmese War, to the Ninth Xhosa War, the Anglo-Zulu War, and the Second Boer War. 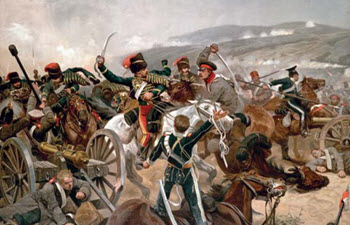 Due to the outbreak of the Crimean War in 1853, the British army decided to bring the 13th (1st Somersetshire) (Prince Albert’s Light Infantry) Regiment of Foot up to full strength, and in June 1855 they were deployed to Crimea to join the Anglo-French forces in the campaign against Russia. In Crimea, the 13th Light Infantry participated in the Siege of Sevastopol. After the end of the Crimean War, the regimen was shipped to South Africa.

In May 1857, the Indian Rebellion broke out against the rule of the British East India Company in India. Reinforcements were requested for the East India Company’s army and the 13th Light Infantry were given orders to leave for India. The regiment arrived in Calcutta (Kolkata) in October 1857. The fight against the rebellion continued until July 1859, but the 13th Light Infantry only participated in some minor actions.

Formation of the 2nd Battalion of the 13th Light Infantry 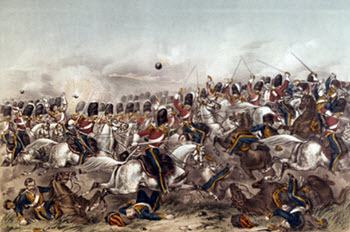 The Crimean War had made it obvious how overstretched and undermanned the British Army was. The army needed to be both expanded and reorganized to face new challenges as British interests around the world grew.

Instead of simply creating new infantry regiments, the British Army made each of the existing regiments of foot responsible for raising a second battalion. The old regiment would be designated 1st Battalion, and new battalion would consequently be known as the 2nd Battalion. The 2nd Battalion of the 13th Light Infantry was raised at Winchester in January 1858. The two battalions operated as separate units, but shared the same depot.

From the creation of the 2nd Battalion in 1858 to the outbreak First World War in 1914, the two battalions employed a system of alternating between home and foreign stations. A lot of time was spent in garrisons during this era, but the 1st Battalion saw active service in South Africa in the late 1870s where the regiment fought in the Ninth Xhosa War and in the Anglo-Zulu War of 1879. They also took part in the First Mohman Campaign in India in 1897. The 2nd Battalion saw active service in the Third Anglo-Burmese War of 1885-1887 and in the Second Boer War of 1899-1902.

The 2nd Battalion of the 13th Light Infantry was stationed in India 1881-1884, in Burma 1884-1887, and then in India again in 1887-1894. During parts of this period, they participated in the Third Anglo-Burmese War. After an initial British invasion, the 2nd Battalion was broken up into small groups that spread out into Burma to pacify the local inhabitants. In Burma, the 2nd Battalion was struck hard by disease. While losing no more than 17 men in actual combat, the battalion lost 150 men to illness.