The Somerset Light Infantry and the French Revolutionary War

The Somerset Light Infantry (Prince Albert’s) was a light infantry regiment of the British Army, which served under various titles from 1685 to 1959. In the late 1700s and early 1800s, the regiment participated in the French Revolutionary Wars against the French First Republic, fighting in both Europe, Africa and America. 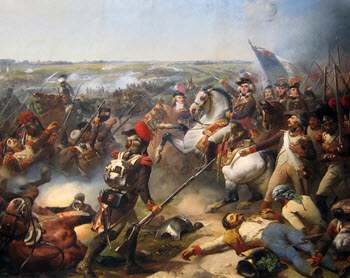 In the early 1790s – when they were using the title 13th (1st Somersetshire) Regiment of Foot – the Somerset Light Infantry were sent to the West Indies. The regiment landed in Saint-Domingue, a French colony on the island of Hispaniola. While revolutionary fever was spreading back in Europe, slaves and free people of colour revolted in Saint-Domingue. This was the Haitian Revolution (1791-1804) which led to the abolition of slavery in Saint-Domingue and the establishment of the sovereign nation of Haiti in 1804. But by then, the 13th regiment was long gone from the island – they had returned to Europe in 1797. After two years in Ireland, they had been deployed to southern Europe and engaged in a series of small coastal assaults along the coast of Spain. 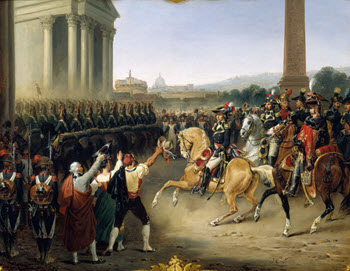 The Egyptian Campaign – the regiment gets their sphinx badge

When the Treaty of Amiens was signed in March 1802, the 13th regiment left Egypt and set sail for Malta. After a year on Malta, they moved to nearby Gibraltar, before returning to England in 1805.

New recruits and the West Indies

After going to Ireland to recruit volunteers from the Irish militia, the 13th regiment travelled to Bermuda in 1808, since war had once again broken out between France and Great Britain. The 13th regiment participated in the force that invaded the French colony of Martinique and occupied it in January and February 1809.

During their stint on Bermuda, the 13th regiment lost many men not to war but to disease.

War against the United States – the 13th protects the Canadian frontier

By 1812, the war had spread to include the USA. The 13th regiment was therefore sent from Martinique to Quebec to protect the Upper Canada frontier. Up north, the regiment was only involved in minor actions around Plattsburgh and Lake Champlain.

When the war ended in 1815, the 13th regiment returned to Europe, where they spend several years on garrison duty in Jersey, Guernsey, England, Scotland and Ireland.